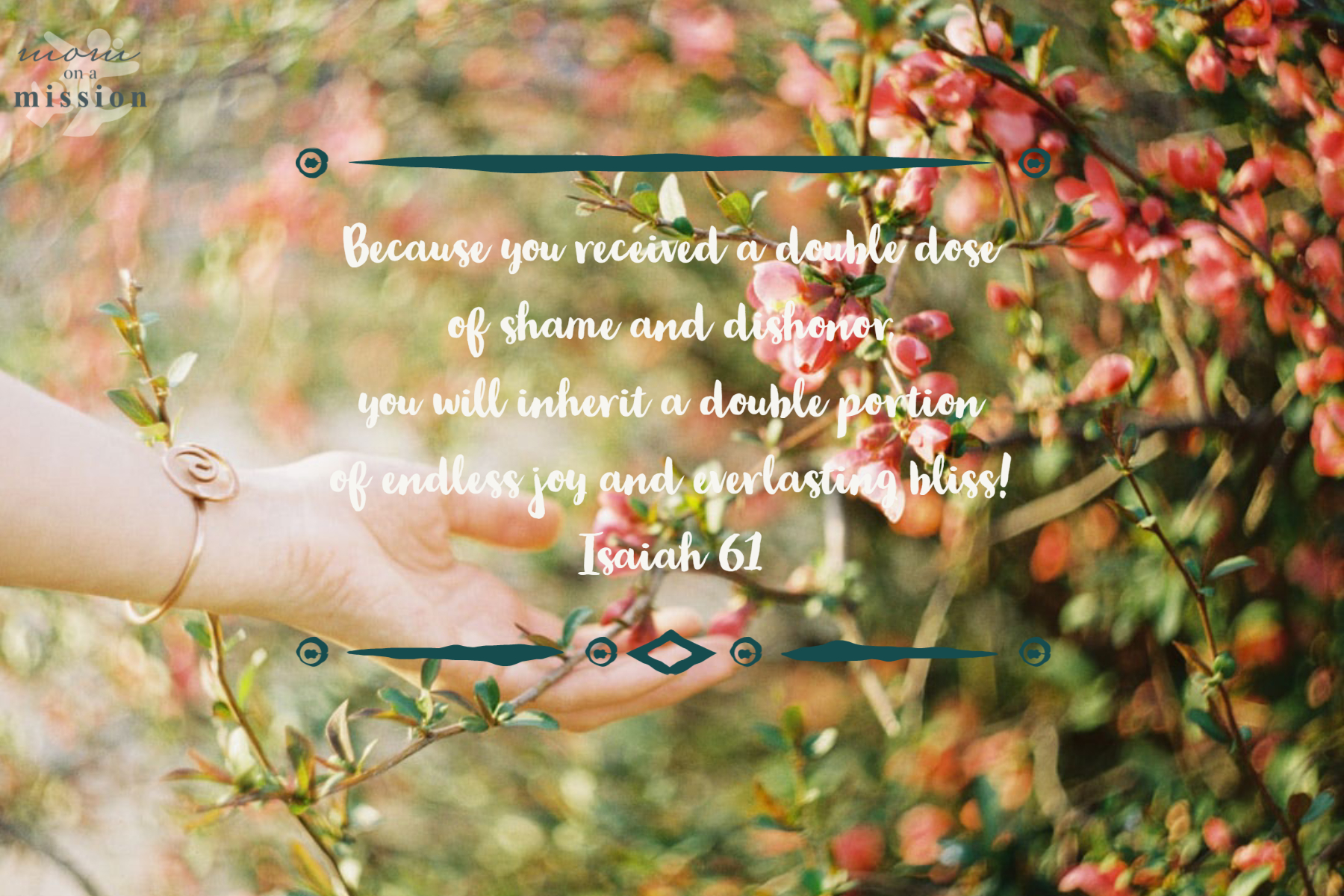 I found myself in a place that is hard to describe.  It was dark, yet I am a Daughter of Light.  It was lonely, even though I was surrounded by many who deeply cared.  It felt hopeless, yet my Hope is Alive.  I couldn’t make sense of what I was experiencing – nothing made sense.

It was overall a difficult year for me, for us.  My mother was very ill and getting worse.  My parents had moved in with us so that we could be close.  I couldn’t stand the idea of mom being that ill and so far away.  We were praying. Waiting.

Brown Eyes spent much of that year away from home.  We were building in the village and he was working hard.  In all honesty, our marriage was at an all time low.  And even though our goal was and is for the family to be together as much as possible in ministry and life, I look back knowing that I had sometimes chosen to stay home even though I could have gone with him.  And he had sometimes gone, knowing he could have stayed.  We stopped choosing each other above all the rest.  That year.

And I was caught in a constant battle – At night I would sit outside my mother’s room and pray, just outside the door where she wouldn’t notice.  I would listen to her soft cries as she was tossing and turning, struggling to find a position in which she had the least amount of pain.  I sat there, unable to go in and comfort her – I had no more words of comfort left.
My prayers had been prayed.
My faith felt spent.
So I just sat.
Listened.
Cried.
Waited.
Torn.

I was torn between being as close to her as possible for so many nights as I could.  At that stage every night felt like the last one.  I was torn because getting up meant going back to where my husband was sleeping, and there I also felt spent in prayers and faith.
So I just sat.  Cried.  Waited.

I had no more defences.

I had no weapons.  If I did, I didn’t have the strength to use them.

My days and nights had fallen into a routine that I didn’t know how to break free from.
My nights were all in anguish as sleep wouldn’t come.  When I would finally fall asleep it was already time to get up and feed kids and homeschool and go out with a smile and say “I’m fine, thank you”.
I didn’t have the courage to see that I was not okay.  I certainly didn’t have the courage to talk to someone about it – what would I say?

We are a family in ministry, but my mom is dying and my marriage is too.  And I can’t be honest about either.  The days were long.  The nights were longer.

Since those long days and lonely nights, a lot has changed, and my restoration has been more complete than I could have imagined.

While I was living in what I can only call a depression (feelings of severe despondency and dejection), I kept seeking an answer from the Lord for my own heart.  My prayers sounded like this:
“Lord, what can I do to feel better?”
What can I do? How can I earn it?  How can I perform?
And the silence that followed was always the same.

Until one night.  I woke up because of a scent in my room.  Like waking up in the morning when someone is cooking bacon.  But it was the middle of the night.  The scent was so strong, so intense, that I had to get up and find its source.  It was so new, yet so familiar.  It had my full attention.  I couldn’t identify it.  But I KNEW that I knew it.  And at the same time knew that it’s nothing that I’ve ever smelled before.  I knew that it was supernatural.  The Lord was doing something.  As soon as the thought that it was Him entered my heart, I heard one word – Cassia.

I had no idea what cassia was. I never heard of it before. And in an instant a I felt the words “Psalm 45” drop into my spirit.  I knew it was the answer, and quickly grabbed my Bible to find the scripture.
At this point the tears were already flowing because I knew God was speaking to me.  Right here, in my circumstances, in my loneliness, in my desperation – He came to me.

You love righteousness and hate wickedness;

Therefore God, Your God, has anointed You

With the oil of gladness more than Your companions.

All Your garments are scented with myrrh and aloes and cassia,

Out of the ivory palaces, by which they have made You glad.

His garments are scented with cassia.  He showed up.  He was in my room.

After that encounter I slept the deepest and most peaceful sleep that I had in months.  I woke up feeling refreshed and…. Joyful.  I had peace.  I was free.

I was already blown away and in awe and the story could have stopped here, but He went further.

Weeks later, I was sharing the story with my friend and we decided to google Cassia and the ways it was used in the Bible. The result was this:

Cassia is an essential oil that was an ingredient in anointing oil as described in Exodus 30:22–25 and in Psalms 45:7–9. … Cassia has been used for thousands of years to maintain physical health and promote emotional well-being. It is one of the oldest known spices to mankind.

The scent of His presence promotes our emotional well-being.  I contacted a family friend that has researched essential oils for many years, and specifically essential and anointing oils used in the Bible for various reasons. She has a business that mixes various blends for the treatment of all kinds of ailments – physical and emotional.  I asked her about Cassia, and she told me that it is one of the ingredients in her “Oil of Joy” anointing oil – the blend that she based on Psalm 45.  She sent me a bottle as a gift, for me to compare the scent.  I was so excited when it finally arrived in the mail, I couldn’t open the bottle fast enough.  I was incredibly disappointed when the scent wasn’t the same as I remembered from that night.  Throughout the day I kept opening the bottle and smelling it again and again, hoping it would trigger a memory – Maybe I just remembered it wrong?

A few days later I was teaching my kids and felt overwhelmed and tired and just not very joyful.  I grabbed the bottle as if it was a lifeline, and just started pouring oil on my hands.  I rubbed it on my arms and head and in my neck as a desperate attempt to carry joy.  I put the bottle away and carried on with our lesson.  Later that morning as I was walking through the kitchen I recognised the scent – Cassia.  His garments.  His presence.  And revelation flooded my heart.  In the bottle, it was just an ingredient.  Wearing it on my skin brought it to life.  His presence on me is what made the difference.  It wasn’t just an ingredient anymore.  It was part of me, it was one with me, it was intimacy.

Meet Him.  Call on Him.  Wait for Him. Whatever your circumstances.  However many nights you spend on the floor.  Don’t give up.  Don’t stop seeking Him.  Keep longing for His presence to come.
It only takes one touch.

She arises out of her desert, clinging to her beloved.